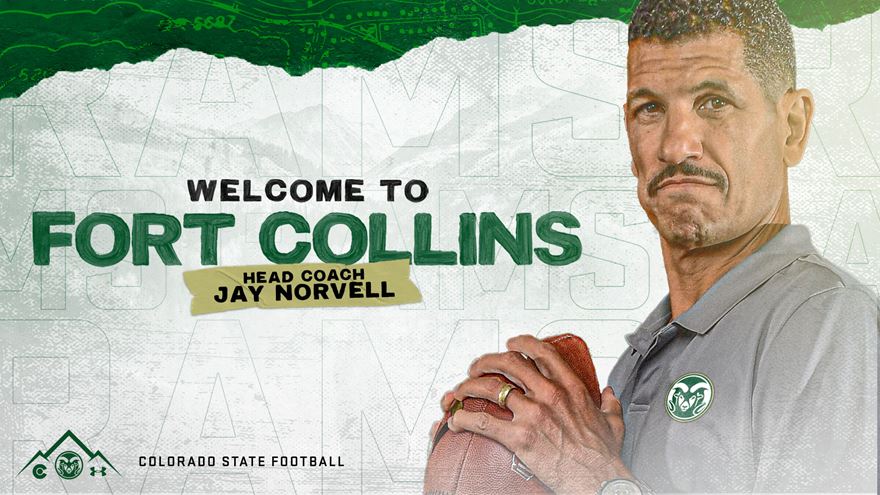 I would like to thank Joe Parker, President Joyce McConnell, and the other members of the search committee for entrusting me with this incredible opportunity,” Norvell said. “I am humbled, thankful, but most importantly excited to begin this process of building Colorado State into the championship contender we all know it can be. My family and I are ecstatic and cannot wait to get to Fort Collins to get started. 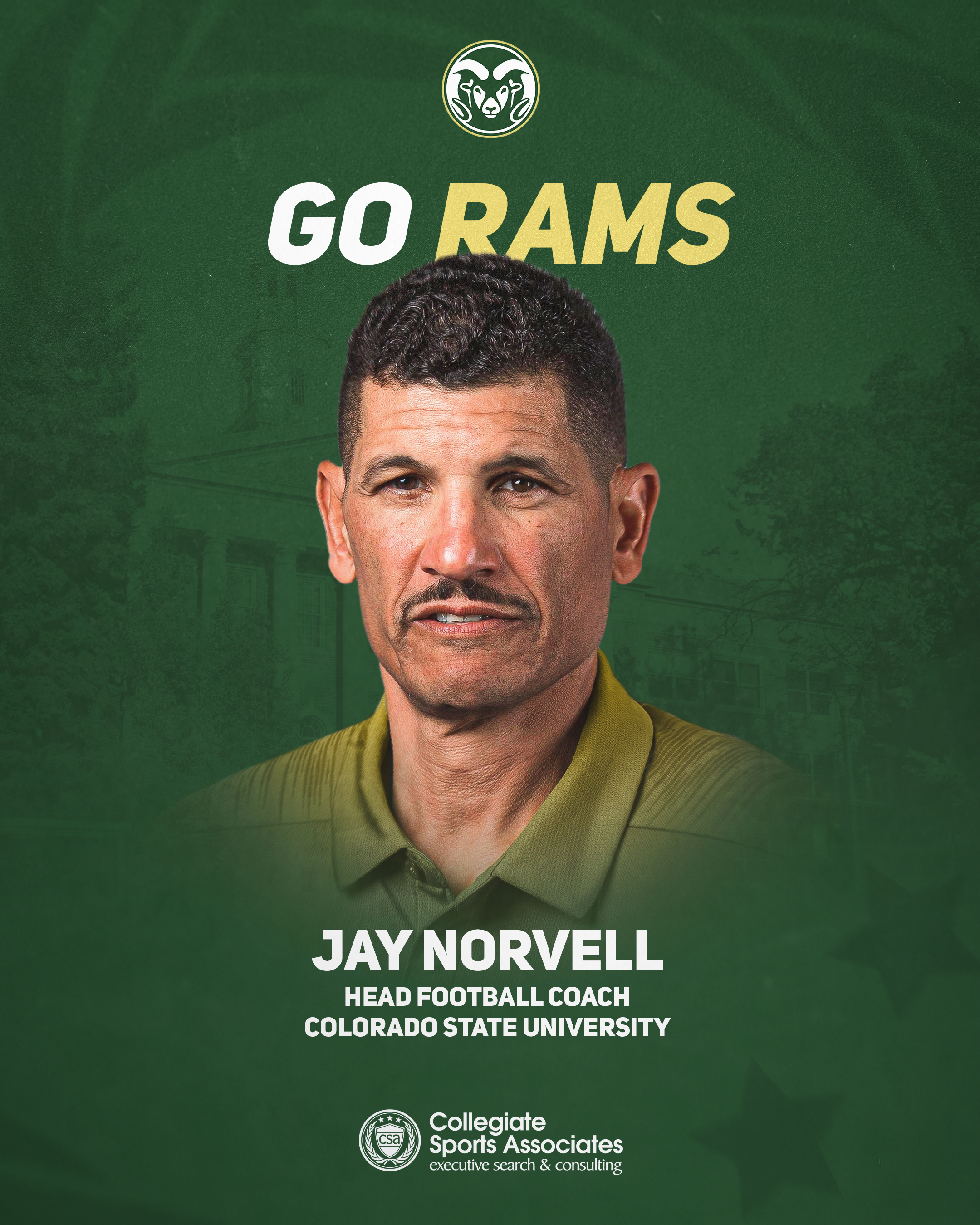 Norvell’s offensive coaching acumen is unquestioned as he built a conference title contender at Nevada over his five seasons. Wolf Pack quarterback Carson Strong was a two-time MW Offensive Player of the Year as Nevada led the MW in passing offense in 2021 at 365.8 yards per game. The Wolf Pack have posted four-consecutive winning seasons under Norvell including a pair of bowl wins in 2018 (Arizona) and 2020 (Famous Idaho Potato).

Nevada enjoyed an immense turnaround under Norvell’s leadership, and it paid off in the postseason honors as well. Including Strong’s consecutive offensive player of the year awards, 16 Nevada student-athletes earned All-MW honors in 2021 led by first-team wide receiver Romeo Doubs, who finished the regular season ranked No. 12 nationally in receiving yards. 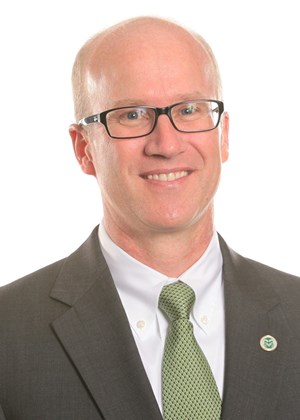 From the outset, the interest in our coaching position was significant, but one name and resume stood above the rest from the very beginning – Jay Norvell. When you combine his wealth of coaching experience as an assistant at programs like Nebraska, Wisconsin, Oklahoma, and Texas, as well as five years as a successful head coach in the Mountain West, the choice was clear. I am thrilled to welcome Jay, his wife Kim, and their son Jaden to Fort Collins and Colorado State University.

In May 2021, Norvell was named the 2020-21 College Coach of the Year by the National Coalition of Minority Football Coaches. He is the first Black head coach in program history, and the first sitting head coach to be hired since Earle Bruce in 1989.

Norvell’s resume and experiences reaches to all corners of college and professional football. He has spent time in the Big 10, Big 12, Pac-12, and NFL with the Indianapolis Colts and Oakland Raiders – a period that included an AFC Championship and appearance in Super Bowl XXXVII in 2002 under head coach Bill Callahan.

During his time as an assistant, Norvell coached in every BCS bowl game during the BCS Era including the 2009 BCS National Championship with Oklahoma. Overall, he has been to 22 bowl games as both a player and a coach.

An All-Big 10 defensive back during his playing career at Iowa under legendary Hawkeyes coach Hayden Fry, Norvell got his first opportunity in coaching under Fry on the offensive side of the football. That move proved fruitful for the young graduate assistant in 1986.

Over stops at Oklahoma, Texas, and Arizona State, Norvell mixed his Air Raid-style offensive scheme with principles of under-center schemes employed in the NFL to put together a highly effective offensive machine. While coaching wide receivers at Oklahoma (2008-14), a period which also including serving as co-offensive coordinator (2011-14), Norvell mentored Oklahoma greats in Kenny Stills, Sterling Shephard and Ryan Broyles, who left Oklahoma as the NCAA’s all-time leader in receptions.

The Sooners also enjoyed a potent rushing attack with Norvell on staff as they ranked No. 11 nationally in rushing offense in 2014 and No. 18 in 2013.

Prior to his appointment at Oklahoma, Norvell served as the offensive coordinator and quarterbacks coach at both UCLA (2007) and Nebraska (2004-06). The Cornhuskers were one of only two teams in the nation to rank in the top 25 in total offense, scoring offense, rushing offense and passing offense in 2006. That same year Nebraska totaled nine wins and finished the regular season as Big 12 North Division Champions.

Aside from the college game, Norvell coached for six seasons in the NFL, four of which were with the Colts and two with the Raiders. While with Oakland he coached tight ends for two seasons and worked alongside an offense that included Hall of Fame receivers Jerry Rice and Tim Brown. His trip to the Super Bowl in 2002 was led by an offense that led the NFL in total yards and passing yards per game. Norvell joined the Colts coaching staff in 1998 as the wide receivers coach and mentored Harrison to 385 receptions, 5,376 receiving yards and 48 touchdowns during his tenure. His time with the Colts was also the first four seasons of two-time Super Bowl champion Peyton Manning’s career.

Norvell was assistant head coach at Iowa State from 1995-97 where he worked with quarterbacks and receivers, including Sage Rosenfels, who went on to play with the Minnesota Vikings. From 1989-94, Norvell coached offensive line, receivers and special teams at Wisconsin, which followed his first full-time position as receivers coach at Northern Iowa in 1988.

A 1986 graduate of Iowa, Norvell was an All-Big Ten defensive back and recorded a league-high seven interceptions in 1985 as he helped the Hawkeyes put together a 10-2 record, a conference championship and a spot in the Rose Bowl. He was a member of the Chicago Bears in 1987 before he began his coaching career as a graduate assistant at his alma mater.

Norvell, who hails from Madison, Wis., has a wife, Kim, and son, Jaden. He is the author of a book, “Complete Wide Receiver,” which was published in 2012.

WHAT THEY ARE SAYING ABOUT JAY NORVELL

“I have known Jay all the way back to our days at Iowa together. He has always been blessed with a great football mind. That’s the reason why I and so many other coaches wanted him on our staff. His skill set is tremendous, and it obviously transferred very well into the head coaching role. He understands our game at a very high level and is great with people. I am excited for Jay and Joe Parker. This is a very good day for Colorado State.”
– Bob Stoops, former Oklahoma head coach

“I’m thrilled not only for Jay Norvell, but for the entire Colorado State community for a fantastic hire to lead its football program. Jay was my position coach at Wisconsin and played a significant role in my development as a player, student, and into my post playing career. As a young coach at Wisconsin, you could sense he was going to have a long and prolific coaching career. Jay has unbelievable experience as a player and coach at both the collegiate and NFL level and has worked around some of the best football minds in the game. He will bring his passion and coaching prowess to Colorado State and I’m excited to see what the future holds for the team.”
– Chris Ballard, Indianapolis Colts General Manager

“I am thrilled to hear that Jay will be the next head coach at Colorado State. Jay recruited and coached me at Nebraska, and so many things he taught me then still affect me and have shaped me as a coach and as a man. He is a WINNER and his energy will have the entire CSU community fired up and ready for game days in Fort Collins. I can’t say enough good things about Jay’s leadership – he will help every player reach their full potential. Go Rams!”
– Zac Taylor, Cincinnati Bengals Head Coach

For the full release from Colorado State Athletics, click HERE.