Athens, Ga. – Josh Brooks has been named J. Reid Parker Director of Athletics at the University of Georgia. Brooks will become UGA’s 12th athletic director, following the retirement of Greg McGarity, who held the position for 10 years.

“From visionary and strategist to contract negotiator, fundraiser, and champion for student-athletes—the modern-day athletic director must effectively wear many hats,” said UGA President Jere W. Morehead. “I am confident that Josh can wear all of these hats extraordinarily well, and I am excited to see our athletic program continue to evolve as one of the premier programs in the nation with him at the helm.”

“First, I want to thank President Morehead for giving me this incredible opportunity,” said Brooks. “This is a dream come true, and I am excited to get started. To everyone who supports and represents Georgia athletics—from our student-athletes, donors, and fans to our coaches, staff, and administrators—you are the heart and soul of the Bulldog Nation, and I am honored to lead an organization that means so much to all of us. As athletic director, you can expect me to be visible, to be connected and engaged, and to be tirelessly devoted to the success of our student-athletes.” 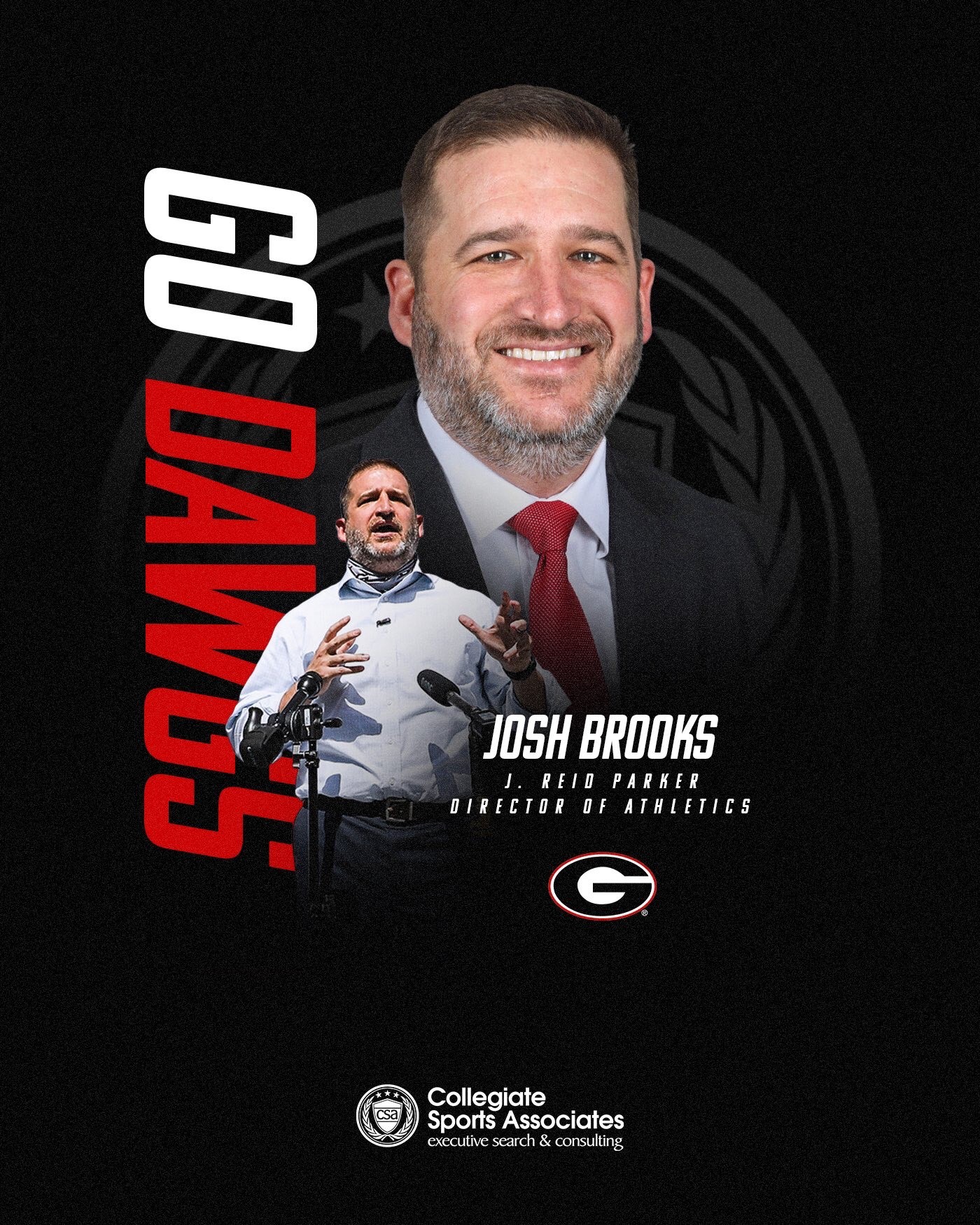 “I want to thank the members of the advisory committee, particularly the committee chair, Kessel Stelling, for devoting much of their holiday season to carefully reviewing a large number of interested candidates who met my stated criteria,” said Morehead. “I also want to thank Michael Luthi, who provided excellent support to the committee, as well as Todd Turner, whose guidance was invaluable during the search process. I am pleased that, in the end, the committee was able to interview a highly-qualified and diverse pool of candidates for this position.”

“Todd and Michael brought a number of highly-qualified candidates before the advisory committee,” said Stelling, who also serves as a member of both the University System of Georgia Board of Regents and the UGA Athletic Association Board of Directors. “After an extensive evaluation process, the committee selected several top-tier candidates to interview. Following those interviews, we provided our perspectives on the qualifications of each to President Morehead, who conducted his interviews. I am delighted with the choice he has made.”

Morehead noted that Brooks will assume the role at a time when intercollegiate athletics is facing several major issues nationally. “A number of critical issues are surrounding intercollegiate athletics right now—from name, likeness, and image to governance to COVID-19,” said Morehead, who serves in several key governance roles in athletics, including Vice Chair of the National Collegiate Athletic Association Division I Board of Directors and Vice President of the Southeastern Conference. “Over time, I will expect Josh not only to lead the UGA athletic department but also to become a leading contributor to the national conversations shaping the future of intercollegiate athletics.”

A native of Hammond, La., Brooks graduated from Louisiana State University with a bachelor of science degree in kinesiology and completed a master’s degree in sport management from UGA. He and his wife Lillie have three sons, James, Jackson, and Davis.

For the full release from Georgia Athletics, click HERE.