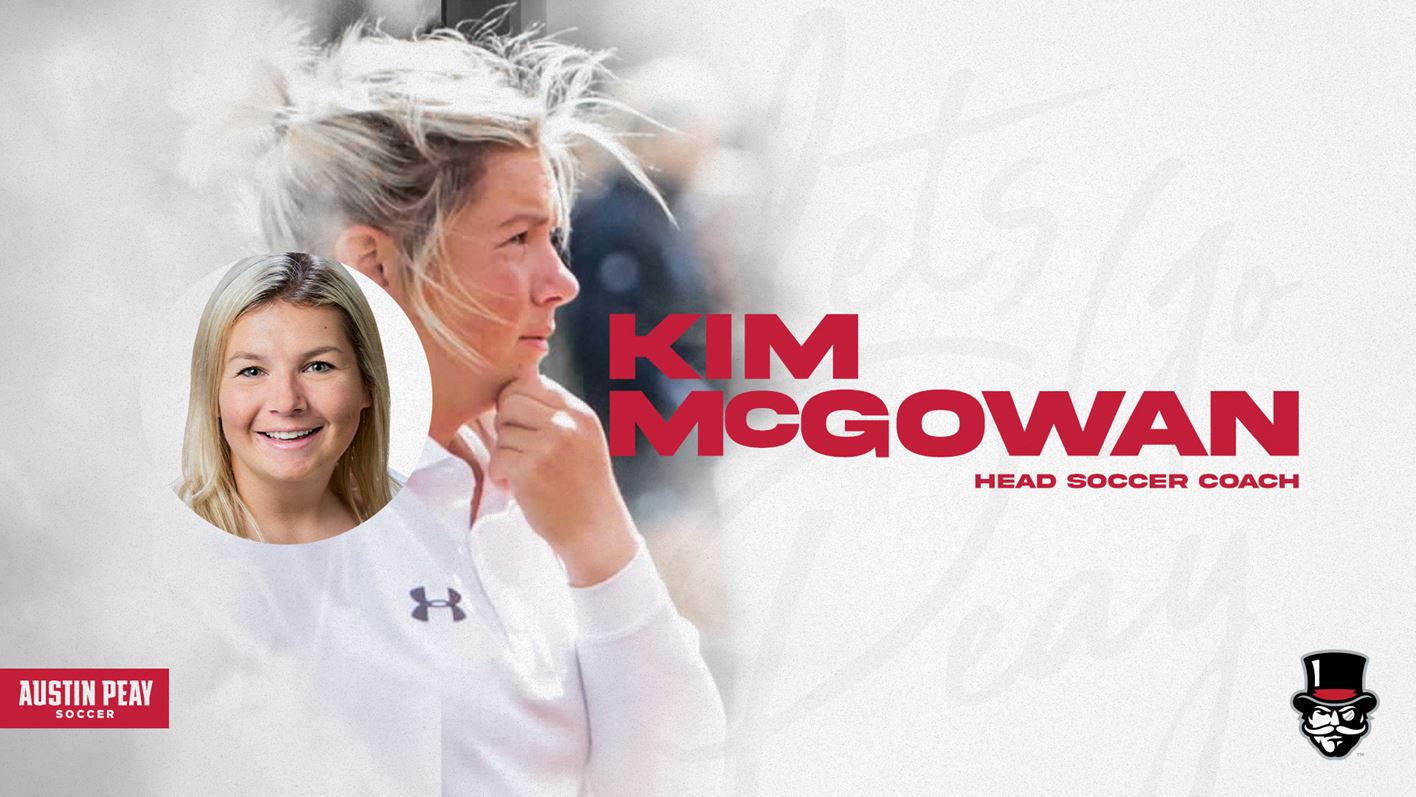 CSA is grateful to have assisted Gerald Harrison and Austin Peay Athletics on this search.

“Today is a great day for Austin Peay Soccer,” said Harrison. “I could not be more excited to welcome Kim McGowan to Stacheville as our head soccer coach. Kim brings an infectious energy and commitment to the ‘Total Gov Concept’ that will help us build a successful program as we transition to a very competitive ASUN Conference.

“Kim helped rebuild a program at Miami, where she developed and recruited all-conference performers. She also has experience leading teams to championships and NCAA tournament appearances as a head coach, I am confident she will lead our Governors to similar heights in the future.

“Kim and I have discussed our program’s past and I loved the fact she only wanted to focus on our current student-athletes and building a bright future for Governors Soccer. Her attitude sets her apart and made her the right choice for us at this time.”

“I am thrilled for the opportunity to serve as the head coach of the Austin Peay women’s soccer program,” said McGowan. “I am thankful for Gerald Harrison and the search committee for their time and effort through this entire process. It’s an exciting time in Clarksville and at Austin Peay, I can’t wait to meet the team and be a part of it all. Let’s Go Peay!”

McGowan comes to Clarksville after spending four seasons (2018-21) at Miami (Ohio), where she served as an assistant coach for three years before being promoted to associate head coach in May 2021. 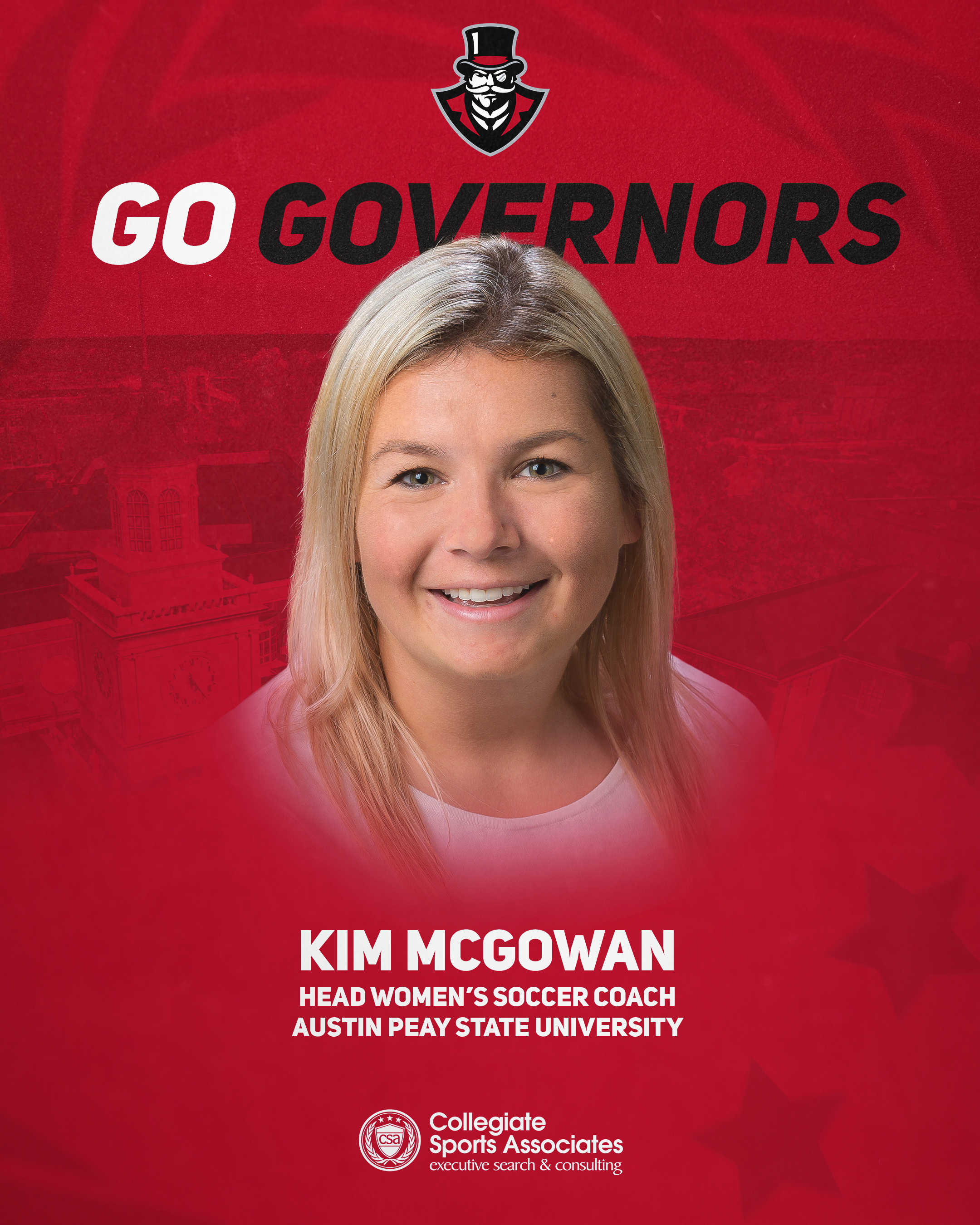 In her first three seasons in Oxford, McGowan helped the RedHawks improve their regular-season and conference winning percentage each year while guiding five players to Mid-American Conference All-Freshman Team honors.

During the 2020 season, which was played during spring 2021 due to the COVID-19 pandemic, McGowan coached Desiree Grubbs and Camber Hayes to Second Team All-MAC honors, with Hayes and Haley Anspach also picking up All-Freshman Team recognition.

After becoming the associate head coach prior to the 2021 season, McGowan helped guide Miami to an 8-8-3 mark overall and a 5-6-0 mark in conference play – the program’s best regular-season and conference win totals since 2016. The 2021 season also saw the RedHawks find the back of the net 26 times and record six shutouts – the program’s best single-season marks in both statistics since 2014 and 2016, respectively.

Prior to her time at Miami, McGowan spent a season (2017) as head coach at Thomas More College, where she led the Saints to a 15-5-1 record, a Presidents’ Athletic Conference Championship, and a PAC Tournament Championship. With three All-PAC selections and two United Soccer Coaches Association All-Region players, she also led Thomas More to the 2017 NCAA Division III Tournament.

McGowan got her first head coaching position at Division III Olivet College, where she led the Comets to a 19-16-4 record in two seasons (2015-16). In McGowan’s first season at the helm, Olivet went 11-6-3 and qualified for the Michigan Intercollegiate Athletic Association Tournament for the first time in five years. The Comets also set the program record for the fewest goals allowed (21) in McGowan’s first season.

McGowan spent the 2014 season as an assistant coach at Division III Hiram College, where the Terriers had a program-record five All-North Coast Athletic Conference selections in her lone season. McGowan began her collegiate coaching career as an assistant coach at Agnes Scott College, where she spent two seasons (2012-13), helping the Scotties win the 2012 Great South Conference Tournament Championship and advance to the NCAA Division III Tournament.

McGowan also has experience as an assistant coach with the US Youth Soccer Olympic Development Program. She holds a NSCAA Premier Diploma (2016), a NSCAA Goal Keeping Level 1, 2, and 3 (2017), and an USSF Senior “A” License (2021). While working at Olivet College in 2016, McGowan was also named to the NSCAA – now the United Soccer Coaches – 30 Under 30 program.

A native of Cincinnati, McGowan played four years of college soccer at Ohio Northern University in Ada, Ohio. McGowan also played a season of junior varsity basketball and a season of golf for the Polar Bears.

McGowan graduated from Ohio Northern with a bachelor of arts in sports management in 2012. She earned a master of science in sports administration from Georgia State University in December 2013.