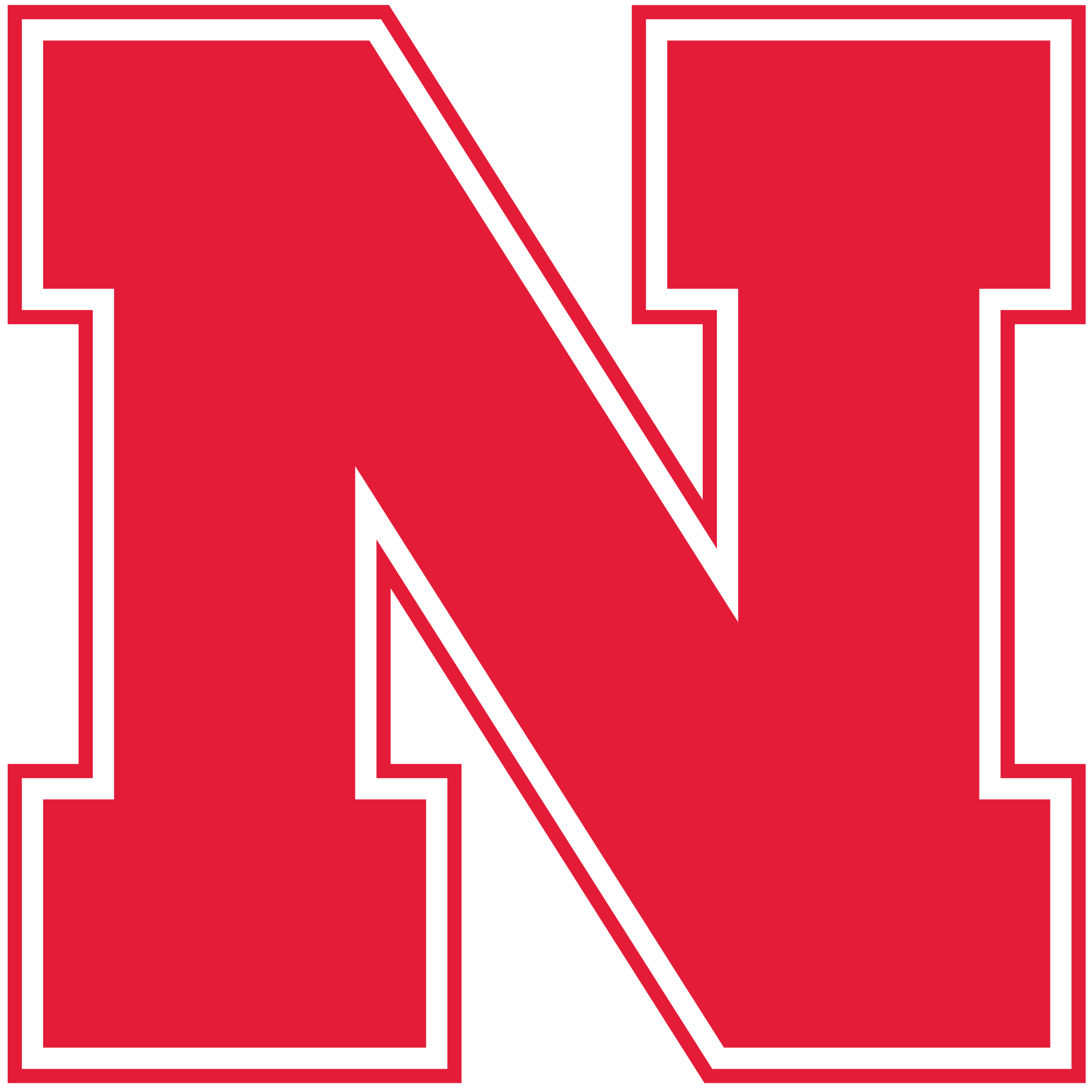 Matt Rhule was introduced as the University of Nebraska’s new head football coach by Vice Chancellor, Director of Athletics Trev Alberts to a crowd of nearly 500 media members, former players, and fans at the Hawks Championship Center on 11/27/2022.

Alberts said Rhule’s success as the head coach at Temple and Baylor provides evidence of Rhule’s ability to build a program and made him an ideal fit at Nebraska.

“It is a privilege to welcome Coach Matt Rhule, his wife Julie, and their family to Nebraska,” Alberts said. “Coach Rhule has created a winning culture throughout his coaching career, and he will provide great leadership for the young men in our football program. Matt is detail-oriented, his teams are disciplined and play a physical brand of football. Matt also has the personality and relationship-building skills to build a great staff and excel in recruiting.”

Rhule said it is an honor to lead the Nebraska program and join the Lincoln community. He is excited to return to the college game and the opportunity to coach in the Big Ten Conference. 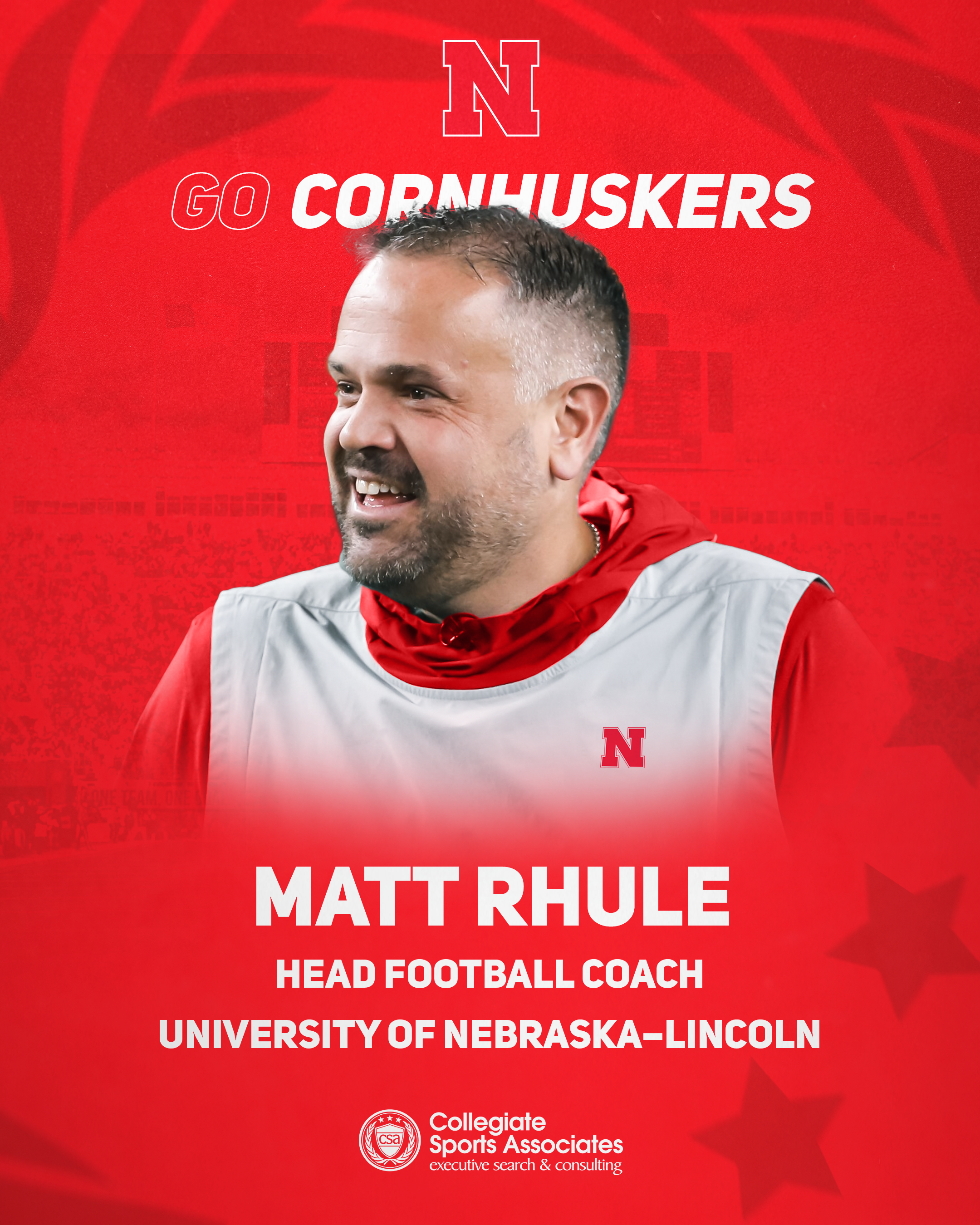 “It is a tremendous honor to be chosen to lead the Nebraska Football program,” Rhule said. “When you think of great, tradition-rich programs in college football Nebraska is right at the top of the list.  The fan base is second to none, and I consider it a privilege to have the opportunity to coach in Memorial Stadium on Tom Osborne Field. My family and I are so grateful to become a part of the Husker Family, and we can’t wait to get started.”

Rhule turned around programs at both Temple and Baylor during his seven seasons as a college head coach. In four seasons at Temple, Rhule guided the Owls to 28 victories, including 26 over his final three seasons from 2014 to 2016. After posting two wins in his first season, Temple posted a 6-6 record in 2014, setting the stage for the best back-to-back seasons in school history.

Temple posted a 10-4 record in 2015, were ranked as high as No. 22 in the Associated Press Poll and reached the American Athletic Conference’s inaugural championship game. In 2016, Rhule led the Owls to a 10-3 record and an AAC championship. The conference title was the first in 49 seasons for the Temple program, and Temple reached bowl games in consecutive seasons for the first time in school history.

His success at Temple led Rhule to be named Baylor’s head coach beginning with the 2017 season.  After one win in his first season, the Bears posted a 7-6 record a made a trip to the Texas Bowl in Rhule’s second year.

In his final season in Waco in 2019, Rhule guided Baylor to an 11-3 record, an appearance in the Big 12 Championship Game and a Sugar Bowl berth. Rhule was named the 2019 Big 12 Coach of the Year and he became the first Power Five Coach to take a team from 11 losses to 11 wins within two seasons.

Rhule’s collegiate success provided him the opportunity to take over as the Carolina Panthers head coach in 2020. Rhule guided the Panthers to five wins in each of his first two seasons and coached Carolina for five games in 2022.

Prior to his head coaching positions, Rhule had an impressive 15-year run as an assistant coach with stops at Albright College, Buffalo, UCLA, Western Carolina and Temple in college and the New York Giants in the NFL.

A native of New York City, Rhule played linebacker at Penn State from 1994 to 1997, where he earned his undergraduate degree. He also holds a master’s degree from Buffalo. Rhule and his wife Julie have three children, Bryant, Vivienne and Leona.

Nebraska has signed Rhule to an eight-year contract. Additional contract details will be made available at Monday’s press conf

For the full release from Nebraska Athletics, click HERE.