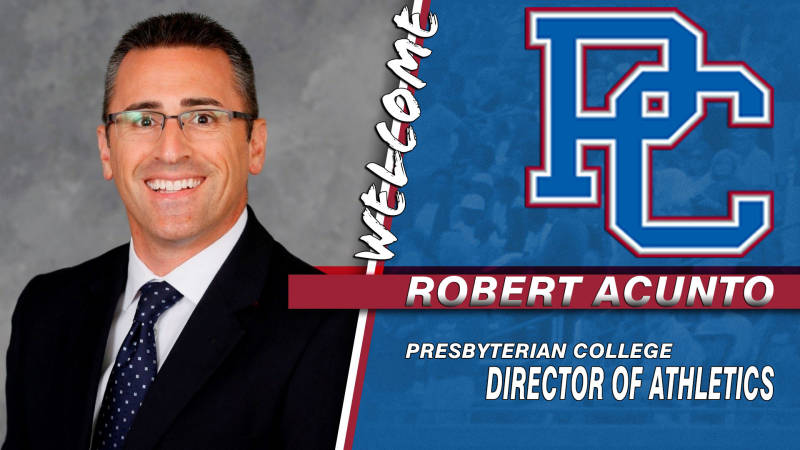 Collegiate Sports Associates was honored to assist Presbyterian College and President Bob Staton on the search.

“We are excited that Rob is bringing his broad base of experience and leadership to the PC athletic program,” President Staton said.

Acunto brings more than 20 years of intercollegiate athletic experience to the position. He most recently served as senior associate athletic director for development and external relations at the University of Texas at El Paso. While at UTEP, Acunto led and coordinated all external relations for the intercollegiate athletic department. He managed all departments that focused on athletic development, broadcasting, marketing and promotions, season ticketing, and graphic design and video production. He also supervised the football and men’s golf programs.

“The opportunity at PC fits what I’ve been looking for,” Acunto said. “I’m excited about serving as the athletic director at a small, private liberal arts college that has an outstanding academic program….Thank you to President Staton and the search committee for the opportunity to serve on PC’s leadership team and help execute the Promise of PC.”

Acunto served in the athletic department at The Citadel for eight years before his tenure at UTEP, ultimately serving as Interim AD from December 2017 to July 2018. Before The Citadel, he served as assistant commissioner for business and internal operations for the Atlantic 10 Conference.

For the full release from Presbyterian Athletics, click HERE.