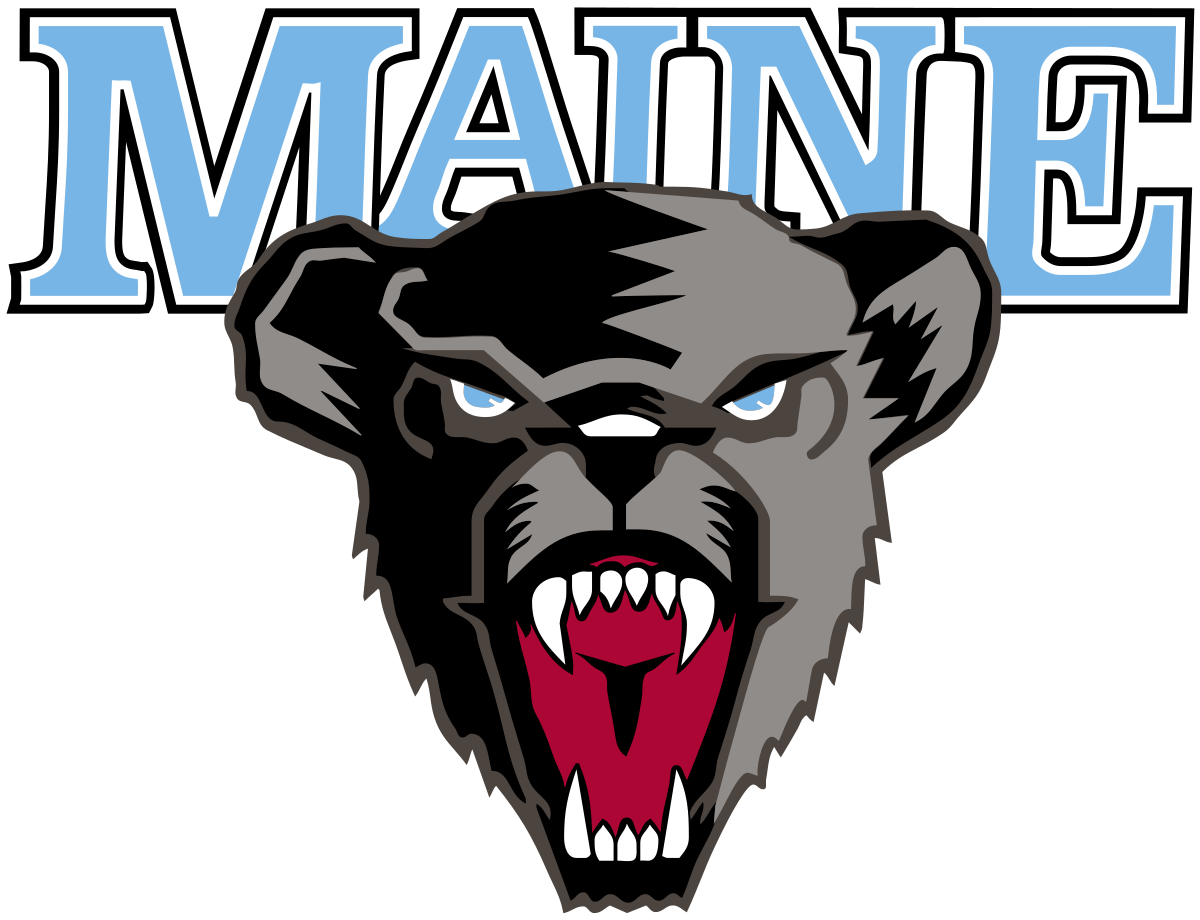 Killy has been a member of the Miami University community since 2008. He has been deputy director of athletics and chief of staff since 2018, overseeing the operations of the Department of Intercollegiate Athletics. His fundraising experiences includes both annual fund and major gift solicitation and spans nearly 20 years on a college campus. Killy also has served as a sport supervisor for men’s basketball, baseball, men’s ice hockey, men’s and women’s swimming and diving and synchronized skating, and assisted with football.

Killy has a five-year contract at UMaine with an annual salary of $250,000.

“We welcome Jude, his wife Beth and their two daughters to Black Bear Nation,” says UMaine President Joan Ferrini-Mundy. “This is such an extraordinary time for UMaine Athletics and the state of Maine. The $90 million challenge grant from the Harold Alfond Foundation, the high-caliber coaches and support staff, and the tremendous roster of talented student-athlete leaders are just a few of the many reasons we are excited for the future of UMaine Athletics. We look forward to Jude’s leadership in Division I athletics and in fundraising as the athletics master plan at Maine’s flagship R1 university advances our institutional commitment to inclusion, community-building and serving the state of Maine.”

“Thank you to Chancellor Malloy, President Ferrini-Mundy, Provost Volin and the search committee for this special opportunity,” says Killy. “I am extremely grateful the President has selected me to work with and for her on behalf of the University of Maine.” 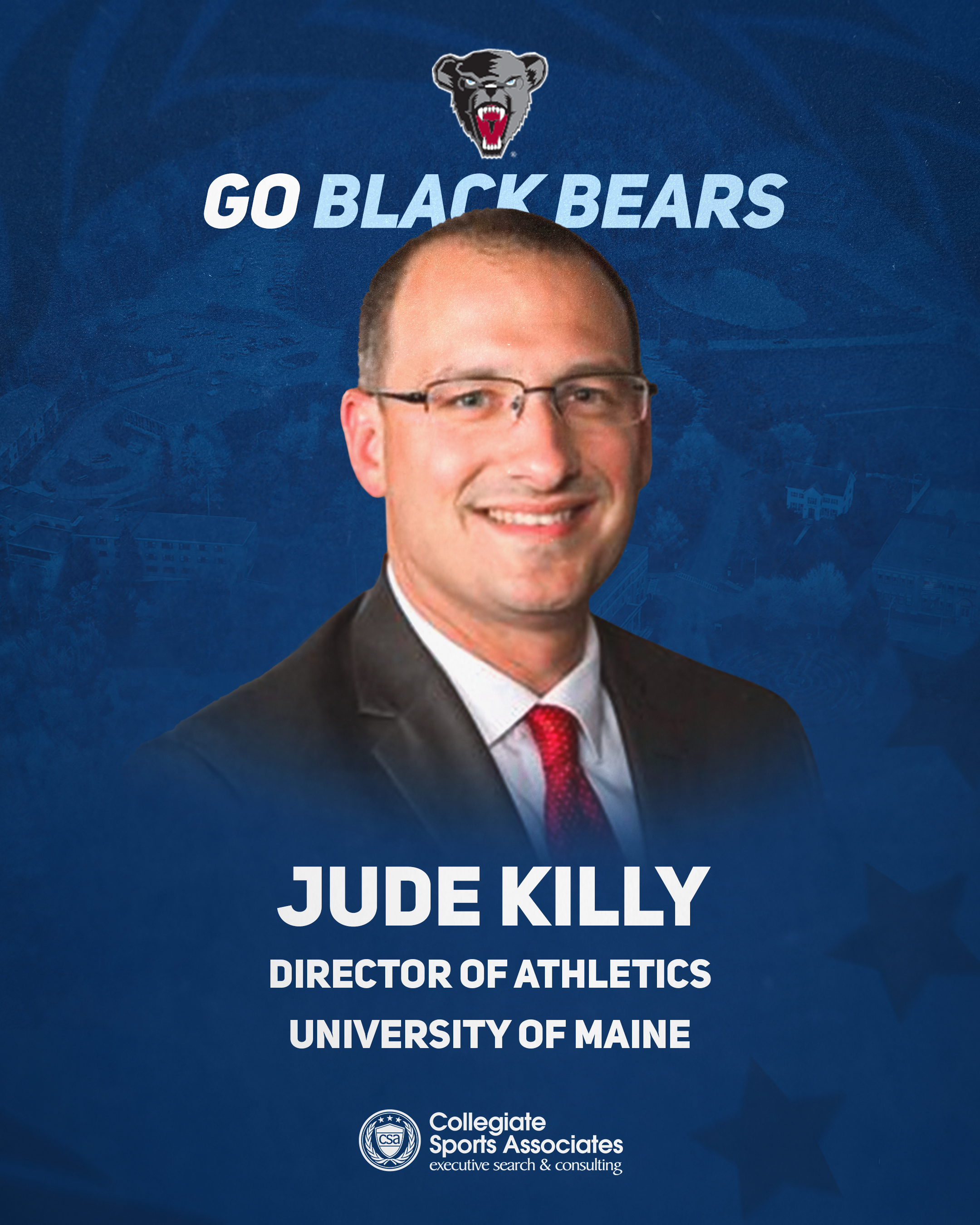 “I am thrilled to be the next AD, to represent our staff, coaches and students, and to help support the entire campus and community,” says Killy. “The University of Maine is an amazing institution with unique attributes. UMaine Athletics is an iconic brand. It has tremendous academic and athletic prowess. I cannot wait to get to work and it will be my privilege to serve the Division I flagship institution for the state.

Killy, who served as campaign manager for the $80 million Graduating Champions Campaign,which raised more than $82 million, directed the Miami University athletic development team to five of its best fiscal years. He assisted in soliciting and securing multiple six and seven-figure gifts for several of Miami University’s newest facility projects.

Killy also implemented external strategies to enhance revenue generation and the game day experience with a result in combined ticket sales for football, men’s and women’s basketball, ice hockey, and volleyball increasing and surpassing more than $1 million each year. Specific to hockey, Killy implemented donor-based seating, helping to lead the program to its highest ticket sales revenue ever.

Aside from his sport supervision, Killy has significant experience with support staff oversight throughout his career and has served as a liaison to the President’s Office, university business and finance, university advancement, accounts payable, strategic procurement and human resources and legal.

“We are thrilled with the outcome of our national search and look forward to the experience Jude will bring to UMaine,” says John Volin, UMaine executive vice president for academic affairs and provost, who chaired the athletics director search committee. “Jude’s extensive background in collegiate athletics, significant fundraising and revenue generation experience, and his leadership qualities make him a great fit for this role at the University of Maine. I want to thank the search committee for its work in the past two months and look forward to this next chapter in UMaine Athletics.”

Killy earned a bachelor’s degree in communications from John Carroll University and a Master of Sports Administration from Ohio University..

His wife, Beth, is an associate clinical faculty member at Miami University’s Farmer School of Business. They have two daughters, Jessica and Elise.