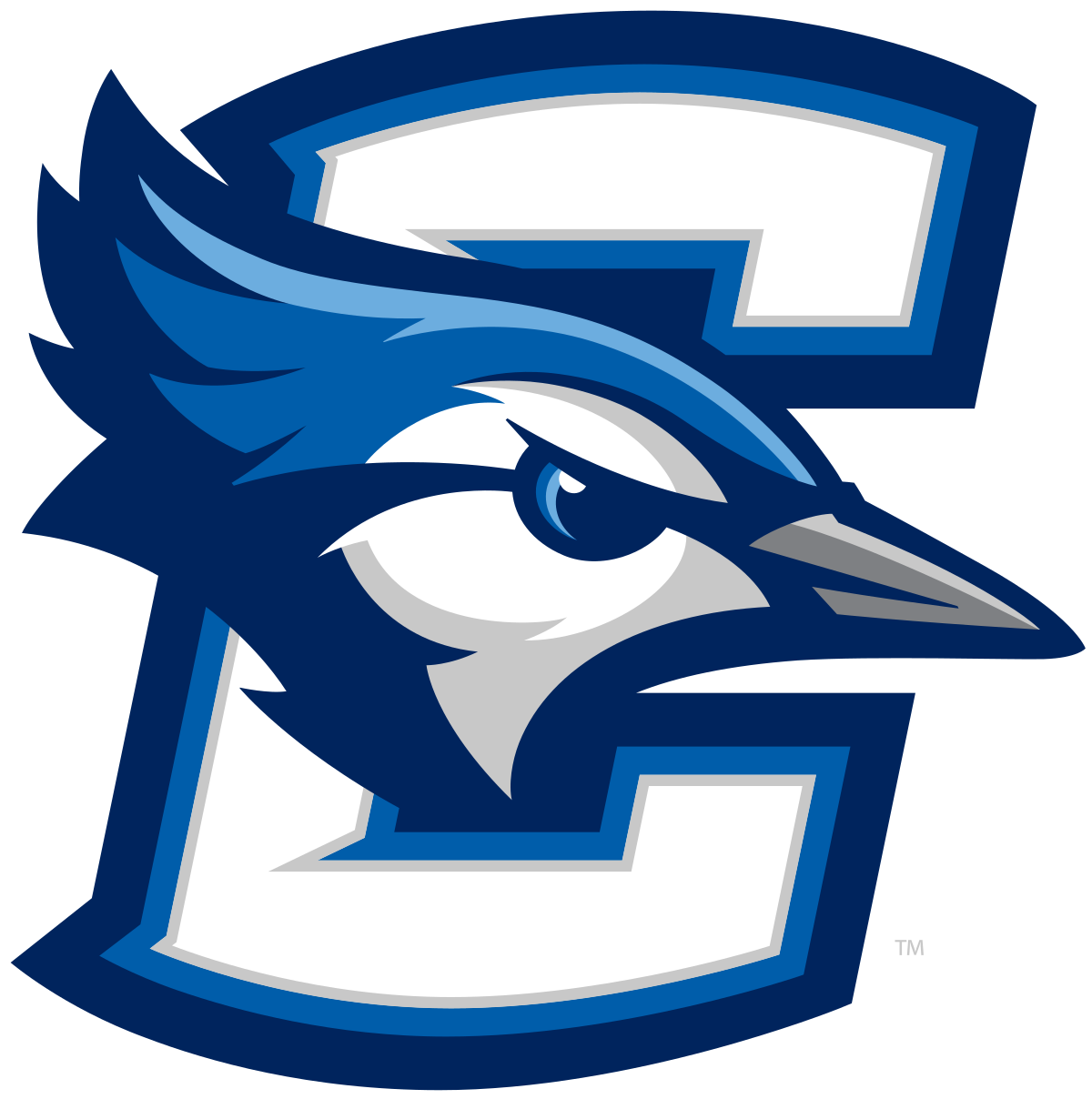 CSA is grateful to have assisted Rev. Hendrickson and Creighton University on this search.

“Today is a historic day for Creighton athletics, our University community, and for Bluejay fans everywhere,” said Hendrickson.

“I am truly delighted to have Marcus directing the future of our program. We have found a collaborative and passionate leader, an individual called by faith, grounded in mission and family, familiar with Jesuit higher learning, who is committed to excellence on and off the field and court.”

The announcement concludes what was a comprehensive and national search for a successor to Bruce Rasmussen, Creighton’s longtime and celebrated athletic director, who announced his retirement earlier this month. The search was led by President Hendrickson, with critical insight and assistance provided by a Creighton University advisory committee, and the national search firm Collegiate Sports Associates. The search included an exceptionally strong pool of both internal and external candidates.

“It’s hard to contain just how excited I am to join such an incredible program. Creighton doesn’t just compete at the highest levels in the BIG EAST and nationally, it does so the right way, never forgetting its priorities, values, commitment to community, and most important, the growth of student-athletes and the entirety of their experience,” Blossom said. “I remain humbled to follow in the footsteps of Bruce Rasmussen, a giant in college athletics and the architect of a remarkable program that I look forward to advancing.” 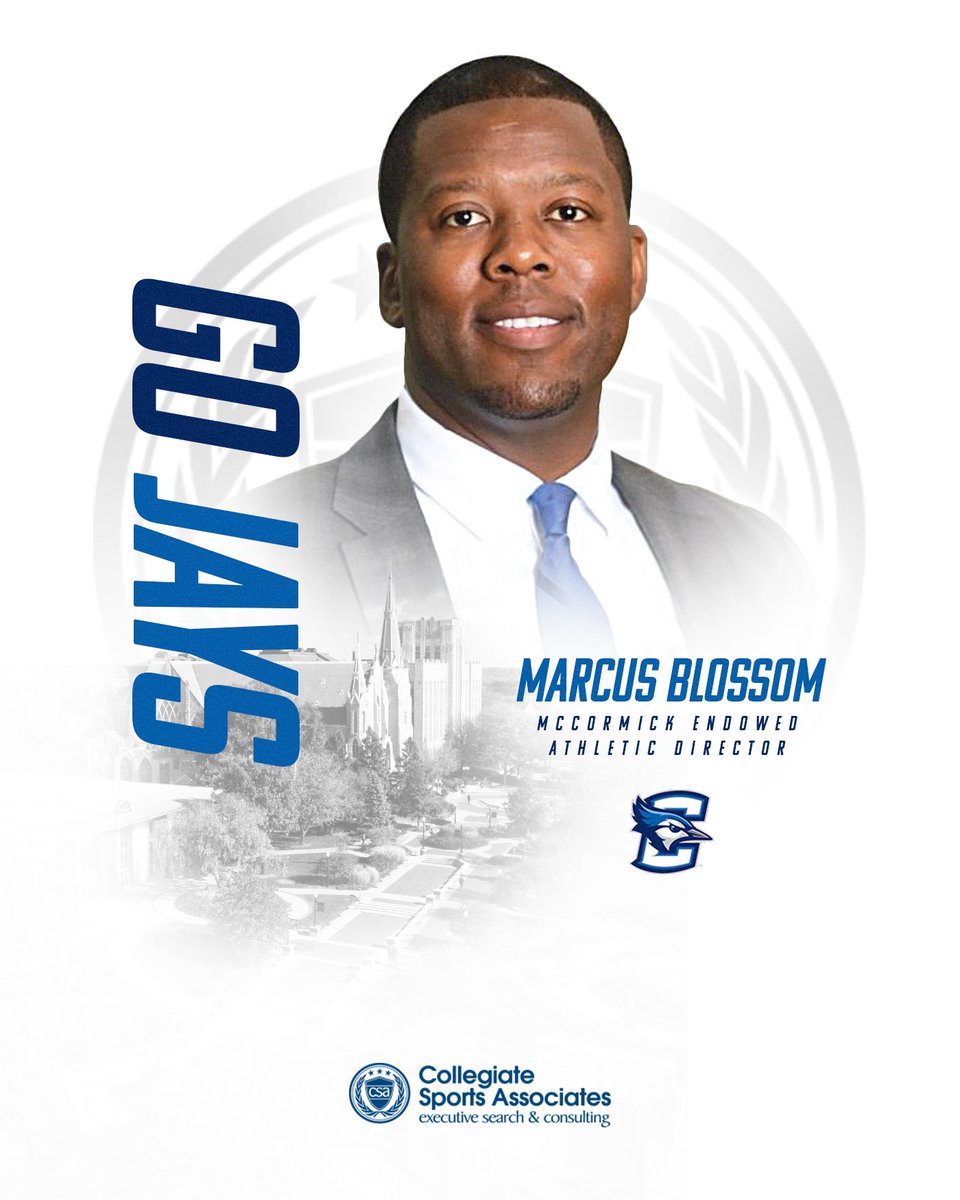 Blossom takes over a Creighton athletics program that is consistently at or near the top of the BIG EAST Conference in multiple sports. Men’s basketball has achieved unprecedented success in the NCAA Tournament, reaching the Sweet Sixteen last year for the first time since the expansion of the tournament to 64 teams. Volleyball earned the regular-season crown in the Midwest Division, the BIG EAST Tournament Championship, and its ninth-straight NCAA Tournament bid. Baseball, men’s soccer and women’s soccer each finished second in the BIG EAST regular season. Women’s golf and rowing finished an unprecedented third at their conference meets.

As athletic director at Holy Cross, Blossom led the development of the athletics department’s first-ever strategic plan, with a focus on creating a high-performance culture, achieving and sustaining competitive excellence, and increasing ticket sales, external support and community engagement, while also enhancing facilities.

Under his leadership, academic success within the Holy Cross athletics program was among the very best in the nation, ranking first for graduation success rate, with the school receiving more than a dozen Division I Academic Progress Rate (APR) public recognition awards from the NCAA. Several teams at Holy Cross posted multiyear APR scores in the top 10% of all squads in their respective sports.

Prior to his time at Holy Cross, Blossom spent five years at Boston College as senior associate athletics director for business and administration. While there, he was a member of the executive team and assisted with all aspects of strategic planning and vision execution for the department of athletics.

Blossom has a deep background with Jesuit higher education, and he is no stranger to the BIG EAST, having spent two years with Providence College as associate athletic director for business operations. Earlier in his career, he also served as assistant director of championships for the NCAA, managing the complex process of championship host-city selection, among other duties.

“I commend Fr. Hendrickson and Creighton for conducting a smart, consultative, and comprehensive search, reviewing an impressive field of candidates and selecting an athletic director with proven leadership who will be a great fit with Creighton athletics and the University as a whole,” said Creighton trustee Mark Walter, co-founder of Guggenheim Partners and chairman of the Los Angeles Dodgers. “I would also like to extend by sincere congratulations to Marcus. His leadership will no doubt advance Creighton’s history of excellence in the classroom, the community, and on the fields and courts of play.

Added Fr. Hendrickson, “I was struck by Marcus’ incredible level of thoughtfulness, preparation, and graciousness. He is clearly and certainly a very capable administrator with a masterful grasp of both the near and long-term challenges facing college athletics. But he also understands the power of program culture, and will no doubt be a champion and advocate for our student-athletes. He is also the kind of passionate leader that Bluejay fans expect and deserve, and a fitting successor to an icon like Bruce Rasmussen.”

Blossom, who is from Chicago and has strong Midwestern ties, earned his Bachelor’s Degree in Business Administration with a concentration in finance at Northeastern University, a Master’s Degree in Sport Management from West Virginia University and an MBA from the University of Rhode Island. While earning his undergraduate degree at Northeastern University, Blossom was a three-time GTE District I Academic All-American and three-time all-conference selection in men’s basketball.

For the full release from Creighton Athletics, click HERE.