ELON, N.C. – Elon Athletics announced today the hiring of Chris Hawthorne as Associate Athletic Director for Development. His duties at Elon will include overseeing the athletic fundraising efforts including major gifts, endowments, facility campaigns and The Phoenix Club.

CSA is grateful to have assisted Elon and Director of Athletics Dave Blank on the search.

“Chris Hawthorne brings a great background in athletics fundraising along with experience as former football student-athlete,” said Blank. “As a Raleigh, NC native, he is familiar with our geographic region and also with our University and we look forward to his leadership in advancing our fundraising team and serving the needs of our student-athletes.”

Hawthorne comes to Elon from The University of Minnesota where he was most recently the Director of Development. In his time with the Golden Gophers he was involved in fundraising efforts for the Athletics Village which included an indoor football facility, basketball practice center, and academic center. He was also involved with the Track and Field Stadium campaign and Mariucci Arena Renovation campaign. Hawthorne led the fundraising campaign for the Robert K. Eddy Athletic Performance Center which transformed the Gopher Volleyball program and was involved with sport specific campaigns for football, basketball and softball. 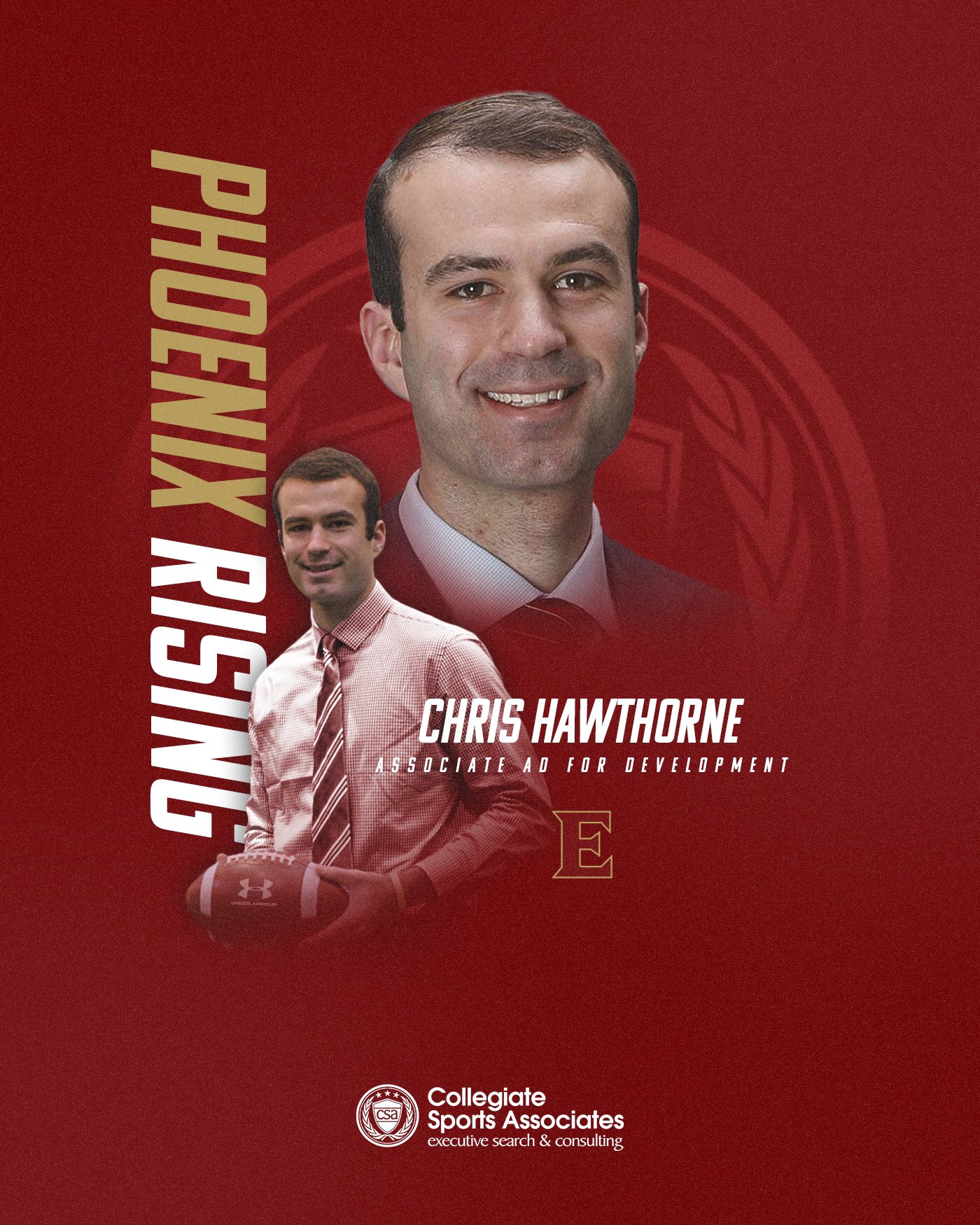 Previous to his time in the Twin Cities, Hawthorne was a Major Gift Officer with the University of Iowa athletic department. He also spent time at Bowling Green State University where he was Director of the Falcon Club. Hawthorne attended the University of Minnesota, where he received a Bachelor of Science in Business and Marketing Education degree and a Master of Business Administration degree. He was a member of the Golden Gopher football team in the Big Ten Conference where he was ranked among the top 10 most accurate field goal kickers in program history. He was also a finalist for the 2013 – 14 Wuerffel Trophy, an award presented annually to the college football player who best combines community service with athletic and academic achievement.