In her new role, Campbell will be responsible for developing a long-term strategic plan for the growth of BIG EAST women’s basketball and will oversee policy matters, scheduling, officiating, and planning and execution of the conference’s women’s basketball tournament.   She will also manage various other conference strategic planning projects and new business initiatives at the direction of the Commissioner’s office.  Her start date at the BIG EAST will be on August 29.

Campbell comes to the BIG EAST from the NCAA national office, where she most recently served as Managing Director of Law, Policy and Governance. She was the primary liaison with the NCAA Board of Governors (the association’s highest governing body), oversaw staff liaisons supporting NCAA committees, and annually served as a site representative for the NCAA Division I women’s basketball championship.  Her NCAA experience also includes service as Director of Division I, Director of the DI women’s basketball championship and membership on numerous sport and governance committees. 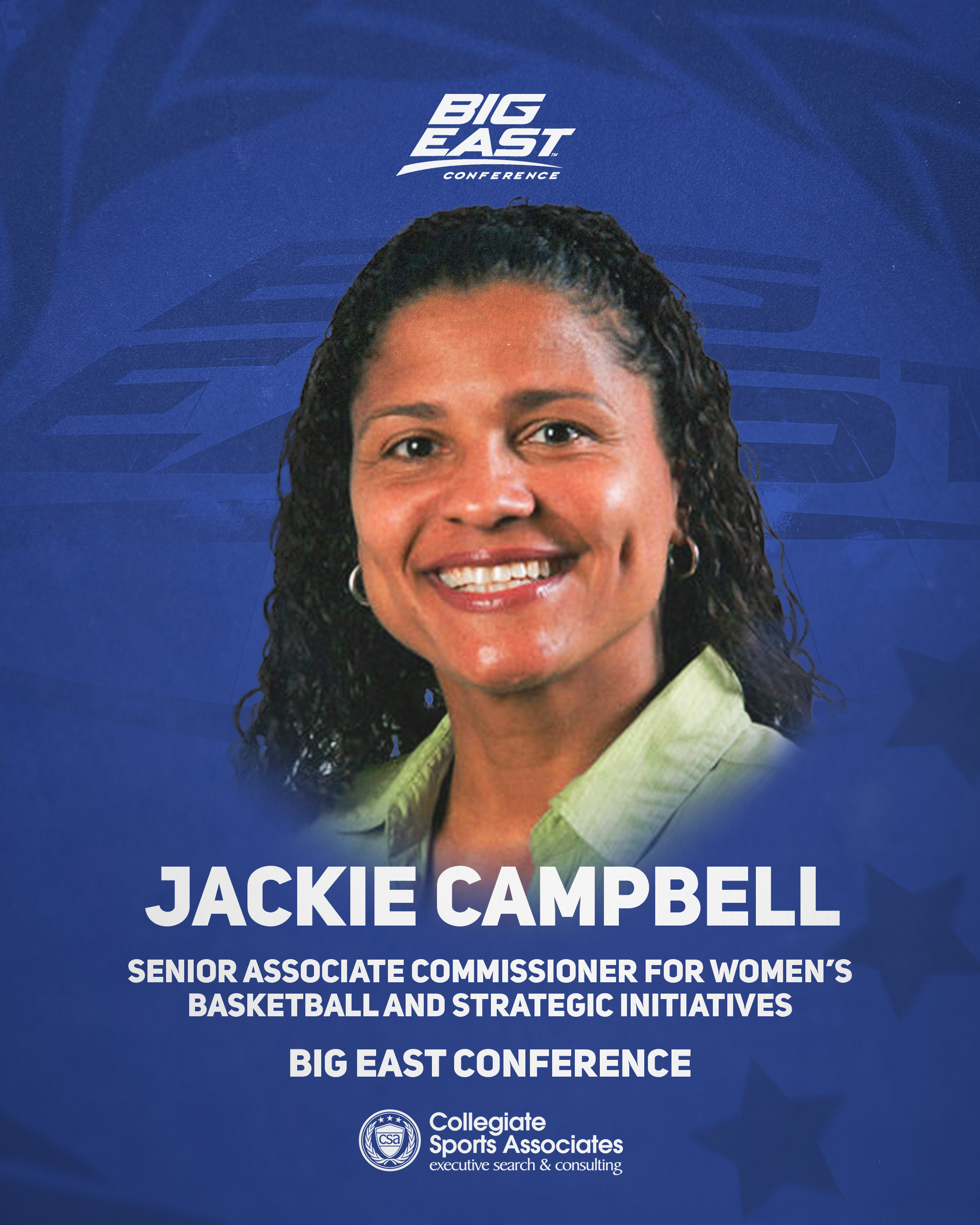 Pam Flenke has been named BIG EAST Associate Commissioner, Women’s Basketball Communications and Operations. Hired at the BIG EAST in 2013, she most recently served as the conference’s Associate Commissioner, Media Relations and Digital Network Services, where her duties included communications across all 12 BIG EAST women’s sports and support for the BIG EAST Digital Network.  In her new role, Flenke will focus exclusively on women’s basketball, maintaining her current duties in women’s basketball communications and providing support across all operations, tournament and policy areas, including interface with the NCAA Women’s Basketball Committee.  Flenke earned both a bachelor’s degree and a master’s in business administration from Providence College.

“Jackie Campbell’s deep knowledge base and extensive relationships within the college sports world will be of immense value as we look to elevate our stature in women’s basketball and hone our strategic priorities in today’s fast-moving operating environment,” said BIG EAST Commissioner Val Ackerman. “Pam Flenke has done outstanding work for the conference over the past nine years, and her newly expanded role will only strengthen the high level of support and services we aim to provide to our schools. We are very excited to have both of these talented administrators leading our women’s basketball effort as we head into the upcoming season and beyond.”

Additionally, Kevin Ivany has been named BIG EAST Director, Olympic Sports Communications. He will be the primary communications contact in several Olympic sports and the secondary contact for men’s basketball.  Ivany has served as BIG EAST Communications Coordinator on an interim basis since October, 2021. He served as a Communications Assistant for the 2017-18 academic year and later worked in athletics communications at the University of Miami.

For the full release from the Big East, click HERE.