CSA is grateful to have assisted President Tromp and Search Committee Chair Randy Hales on the search.

“The search committee set out to find an athletic director who embodies Boise State’s values, someone who has demonstrated integrity, is academically focused, collaborative and inclusive, someone who can develop relationships and engage with campus and community partners,” said search committee chair Randy Hales. “Jeramiah’s experience has exceeded our expectations, and we are confident he will help Bronco Athletics continue on this exciting upward trajectory.”

“Throughout this process, I have spoken with many of Bronco Athletics’ most important past leaders and supporters for their insights. Their guidance played a key role for me,” said Tromp. “Our dedicated committee forwarded a pool of candidates whose caliber was stunning — people who represented some of the best athletics programs in the country and who wanted the opportunity to lead our Broncos. We stayed true to the profile we had built in concert with the department and our supporters: Jeramiah Dickey not only matched that profile perfectly, he rose to the top of the candidate pool. His blue -collar work ethic, humility, rich past experience, and extraordinary performance make him an excellent fit for advancing Boise State.” 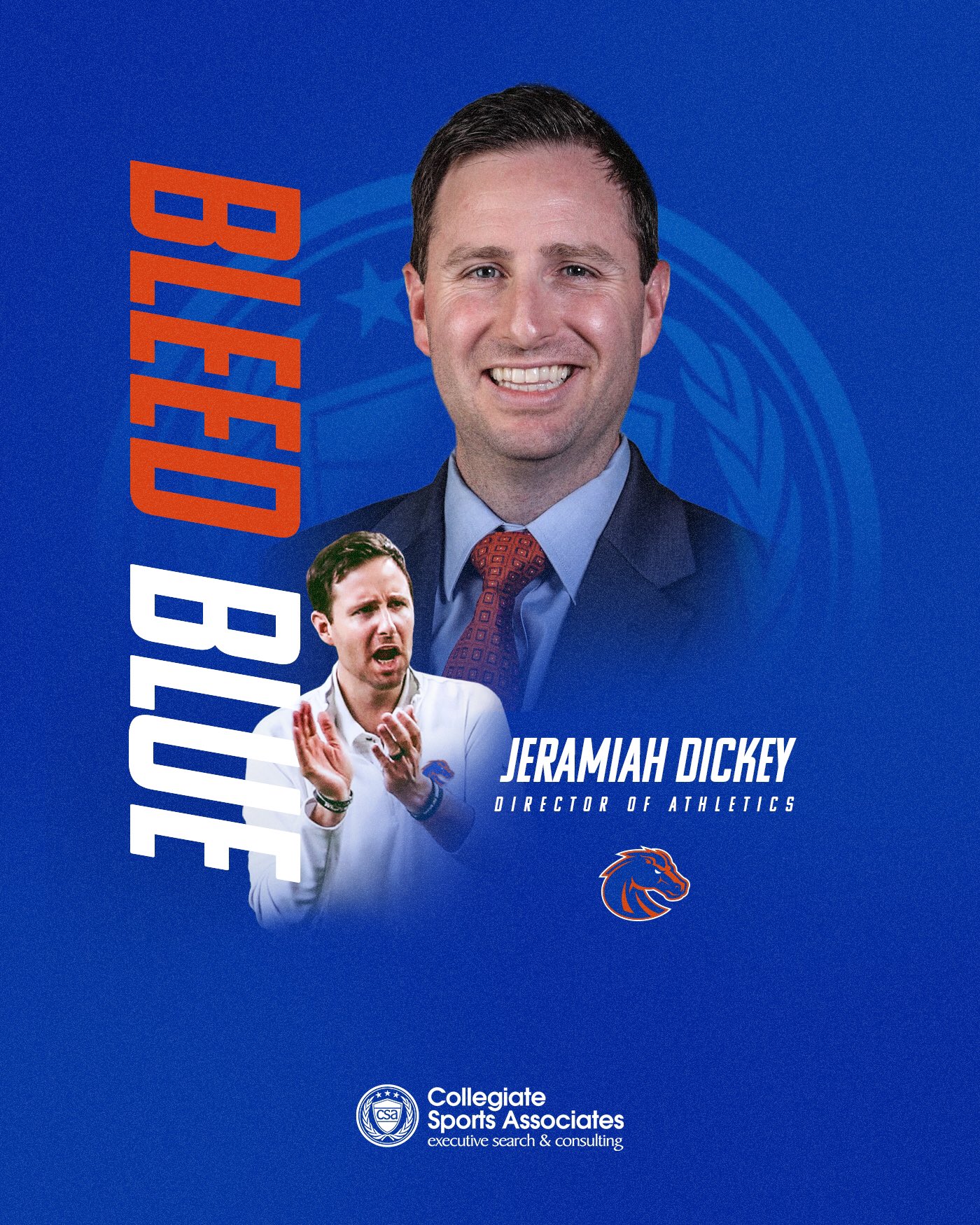 “I am excited and humbled by the opportunity to lead Bronco Athletics,” said Dickey. “There is no question the Boise State national brand resonates at the highest levels in college athletics. The successes surrounding all of Bronco Athletics are well known. I am looking forward to working with President Tromp as we build on that solid foundation of all of our programs.”

Prior to his time at Baylor, Dickey worked as Deputy Athletics Director at the University of Houston, providing Vice President for Intercollegiate Athletics Hunter Yurachek, now the Vice Chancellor and Director of Athletics at the University of Arkansas, day-to-day support in the oversight of the department, while also serving as the sport program administrator for football.

Dickey played a major role in the hiring of then-LSU defensive coordinator Dave Aranda as Baylor’s new football head coach when Matt Rhule left to become head coach of the National Football League’s Carolina Panthers, and was also instrumental in the hirings of both Tom Herman and Major Applewhite at Houston.

“I couldn’t give anyone a higher recommendation [than Dickey],” said Rhule. “He puts student-athletes first, drives programs to become elite and is an absolute grinder, ready to take on every challenge. He was an integral part of our team going from 11 losses to 11 wins and a Sugar Bowl in three years.”

Dickey earned a bachelor’s degree in sport management from the University of Texas in 2004 and a master’s of sport science and coaching from Akron in 2018. He and his wife, Elizabeth, have a daughter, Emerson, and two sons, Elijah and Easton.

For the full release from Boise State Athletics, click HERE.