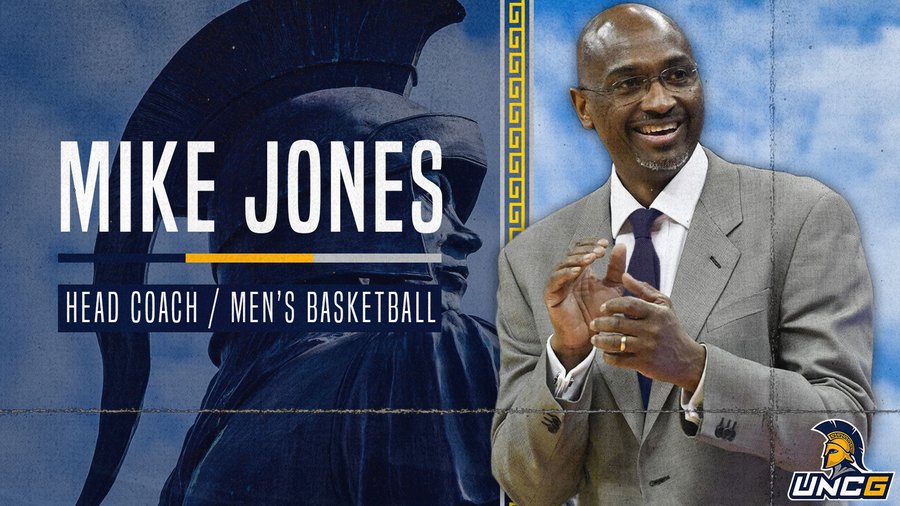 CSA is grateful to have assisted Chancellor Gilliam, AD Kim Record, and UNCG Athletics on this search.

Jones, who served as the head coach at Radford (Va.) University since 2011, has led his teams to Big South championships, the NCAA tournament, and has seen his players go on to success in the NBA. His mentors include George Felton at the University of Georgia and Shaka Smart at Virginia Commonwealth University (VCU).

Jones was named Big South Coach of the Year and NABC District 3 Coach of the Year (2017-18), after leading the Highlanders to a Big South championship and playing in the NCAA Tournament for the third time in program history. For his success on the court and his high moral standing beyond it, he was also named a finalist for the Skip Prosser Man of the Year award following the 2018-19 season.

“We are excited to welcome Mike Jones and his family to Greensboro,” UNCG Athletics Director Kim Record said. “He is a seasoned professional who understands championship culture. Mike brings a winning mindset, a proven track record of success at the highest level in collegiate athletics, which includes a victory in the NCAA Tournament. In addition, he has worked with many of the best basketball coaches the sport has ever seen.”

The 2018 and 2020 Big South Coach of the Year, Jones won 174 games as the head coach at Radford. Some of the notable victories included triumphs over Northwestern, Richmond, Notre Dame, and Texas. In his final two years on Smart’s staff at VCU, the Rams posted 55 wins, the highest of any two-year span in program history and advanced to the Final Four.

He led Radford to appearances in the College Basketball Invitational (CBI) Tournament in 2014 and 2015. The Highlanders won the 2019 and 2020 Big South regular season championships. Radford won at least 20 games under Jones in five different seasons.

“This opportunity to coach this program was too much to pass up,” Jones said. “The job done by Wes and his staff, particularly over the past several years was terrific and I am humbled and excited to be able to be in this position. I would like to thank Dr. Gilliam and Kim Record for their belief and confidence in me to lead this outstanding program.” 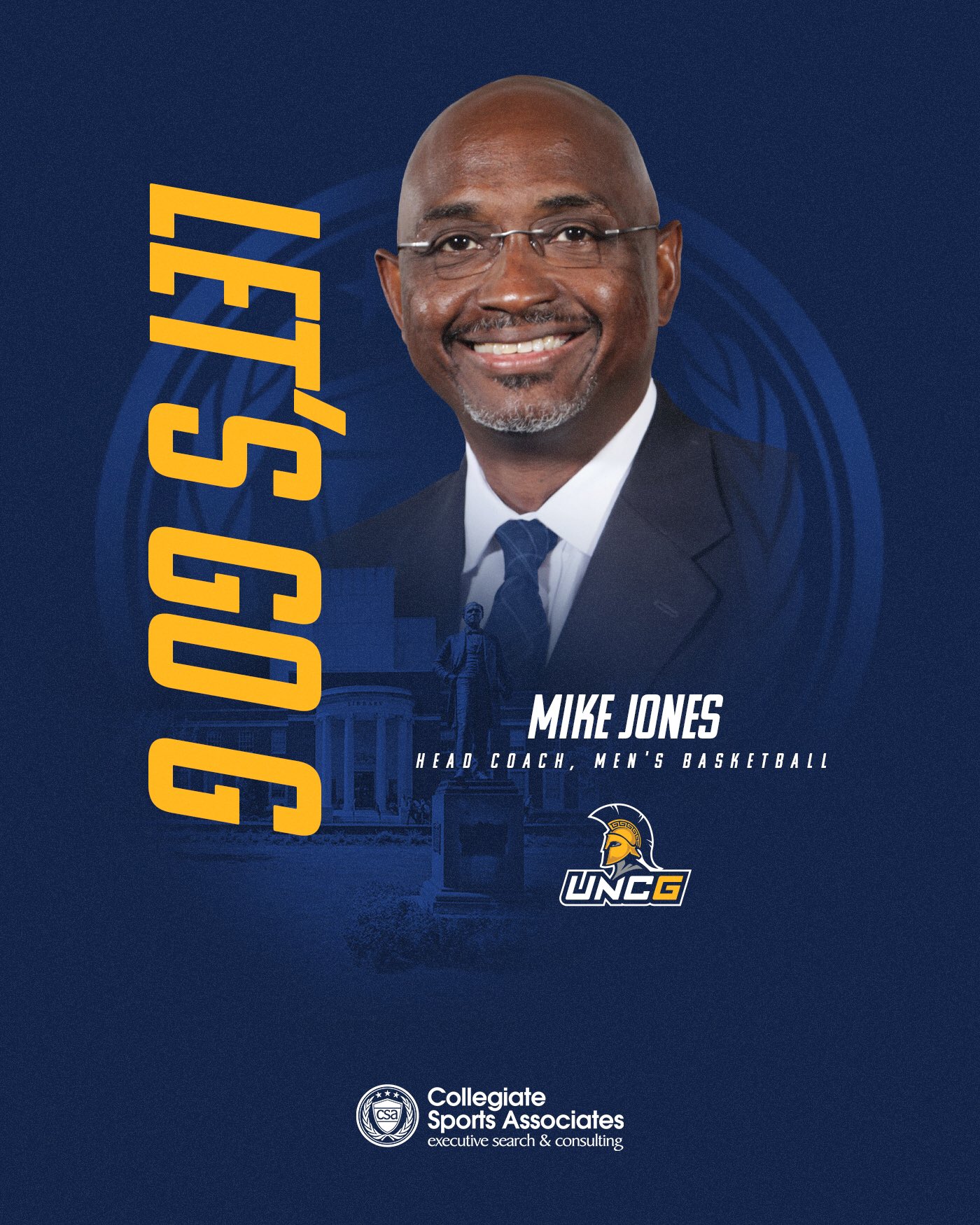 We have 📸from today's press conference as well as a welcome message from the 10th head coach in UNCG men's basketball history Mike Jones. #letsgoG

“I will work extremely hard to represent the program and the university in a way to make everyone proud to be Spartans. Special thanks to President Hemphill and Robert Lineburg at Radford for their tremendous support during my tenure there. And to the players, parents, fans, alumni, supporters, and everyone who loves UNCG, thank you for this opportunity. Now let’s get to it.”

Prior to VCU, Jones was on Dennis Felton’s staff at Georgia for six years. In 2008, Georgia advanced to the NCAA Tournament when the sixth-seeded Bulldogs won four games in three days to win an SEC Championship.

A four-year standout at Howard University, Jones developed a lifetime friendship with fellow Howard alumnus George Felton (’85), who he calls the biggest influence on his coaching career. Jones’ father Jimmy was a star guard in the ABA from 1967-74 and signed with the Washington Bullets in the NBA in 1974, where he remained until 1977.

Jones is married to Dr. Sharon Blackwell Jones. He has two sons, both of whom played collegiately. His oldest son, Nate, played at Bucknell and his youngest son is a member of the Radford program.

For the full release from UNCG Athletics, click HERE.